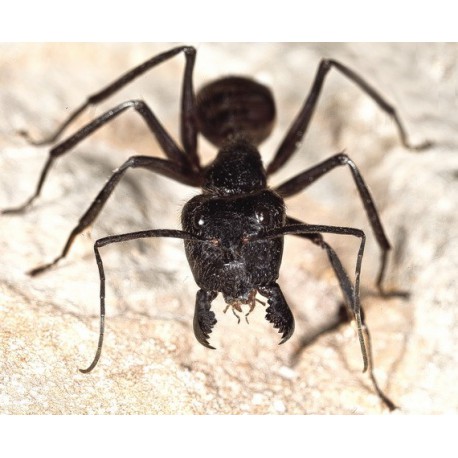 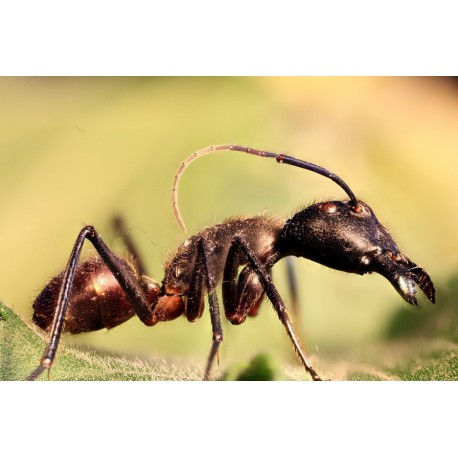 Have you ever been curious to see the world's largest ant, or the most poisonous? These legendary ants can be seen many times in documentaries... 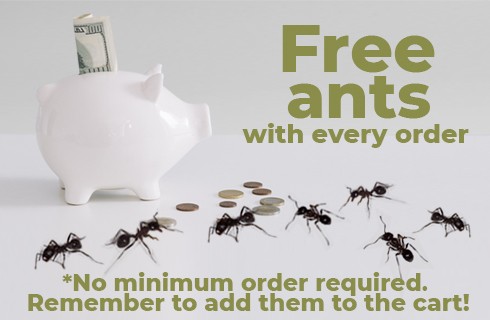 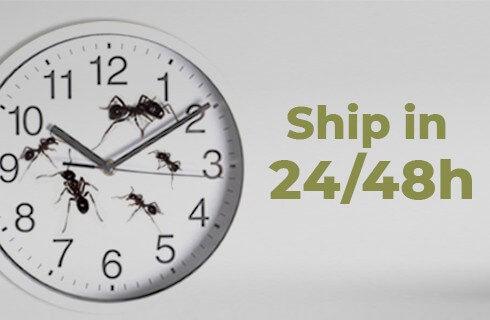 Have you ever been curious to see the world's largest ant, or the most poisonous? These legendary ants can be seen many times in documentaries.

We offer specimens of large size and in perfect condition (dead, dry and preserved),  placed in a position to make them look alive and more impressive. They can be placed on a frame or used to take good pictures thanks to its large size.
Camponotus gigas : Giant ant. This species is considered by far as the largest ant of the earth, with up to 3cm sized soldiers. They mainly feed on treacle from some aphids. Sometimes they usually prey on other insects. Generally these ants are very territorial. Its powerful bite can pierce the human skin and produce an intense pinch.
The pictures that you can see have been taken from dead ants.
Anthouse
New product 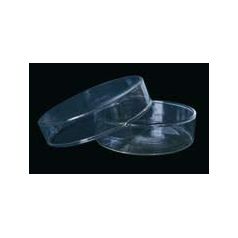 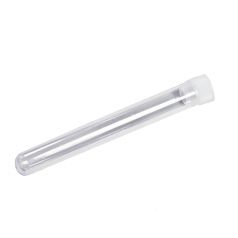 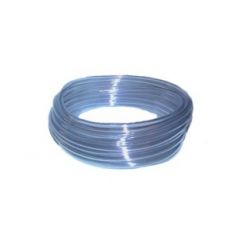 Flexible tubes (to connect the ant-nests). 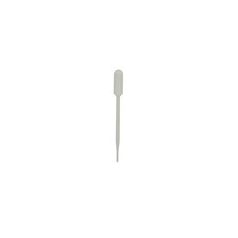 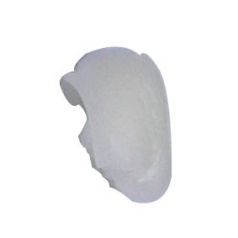 €1.35
It's a thick food with sugar spectrum indicated for feeding ants. Recommended for all species...

€28.92
20x20x1 Acrylic nest perfect for medium sized colonies. It includes a built-in foraging box with lid and humidity system at both sides. Easy to clean due to its anchors with screws. To moisten the nest... 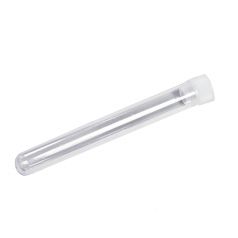 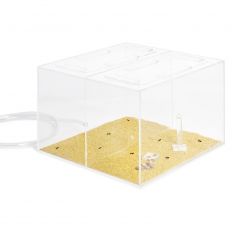 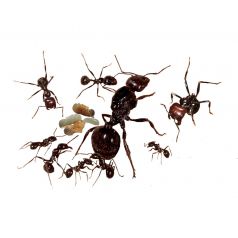 We ship ONLY 1 COLONY or queen and ONLY 1 SPECIES per order or ant's nest, so you must choose correctly the one you want. We do not charge for the ants. They are FREE. You only have to pay for the shipping costs.﻿
Ants Free

€0.00
The colony is formed by the queen, 5-15 workers (its children) and eggs, larvae and cocoons. Instructions about the breeding of Messor barbarus... 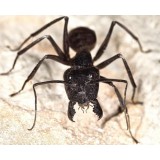 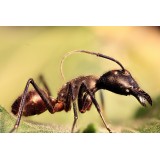 Save products on your wishlist to buy them later or share with your friends.

No account? Create one here
Product added to wishlist

We use our own and third-party cookies to improve our services and show you advertising related to your preferences by analyzing your browsing habits. If you go on surfing, we will consider you accepting its use. You can change the settings or get more information here. More information